The campus of ENSTA Paris is located at Palaiseau, in the South of Paris area. The campus is accessible from Paris and its major airports (Charles de Gaulle and Orly) by public transport.

By car or taxi

You may take an official taxi from Charles de Gaulle (click here) or Orly (click here) airports. If you are in the area, you may use Uber or taxis from the G7 company. 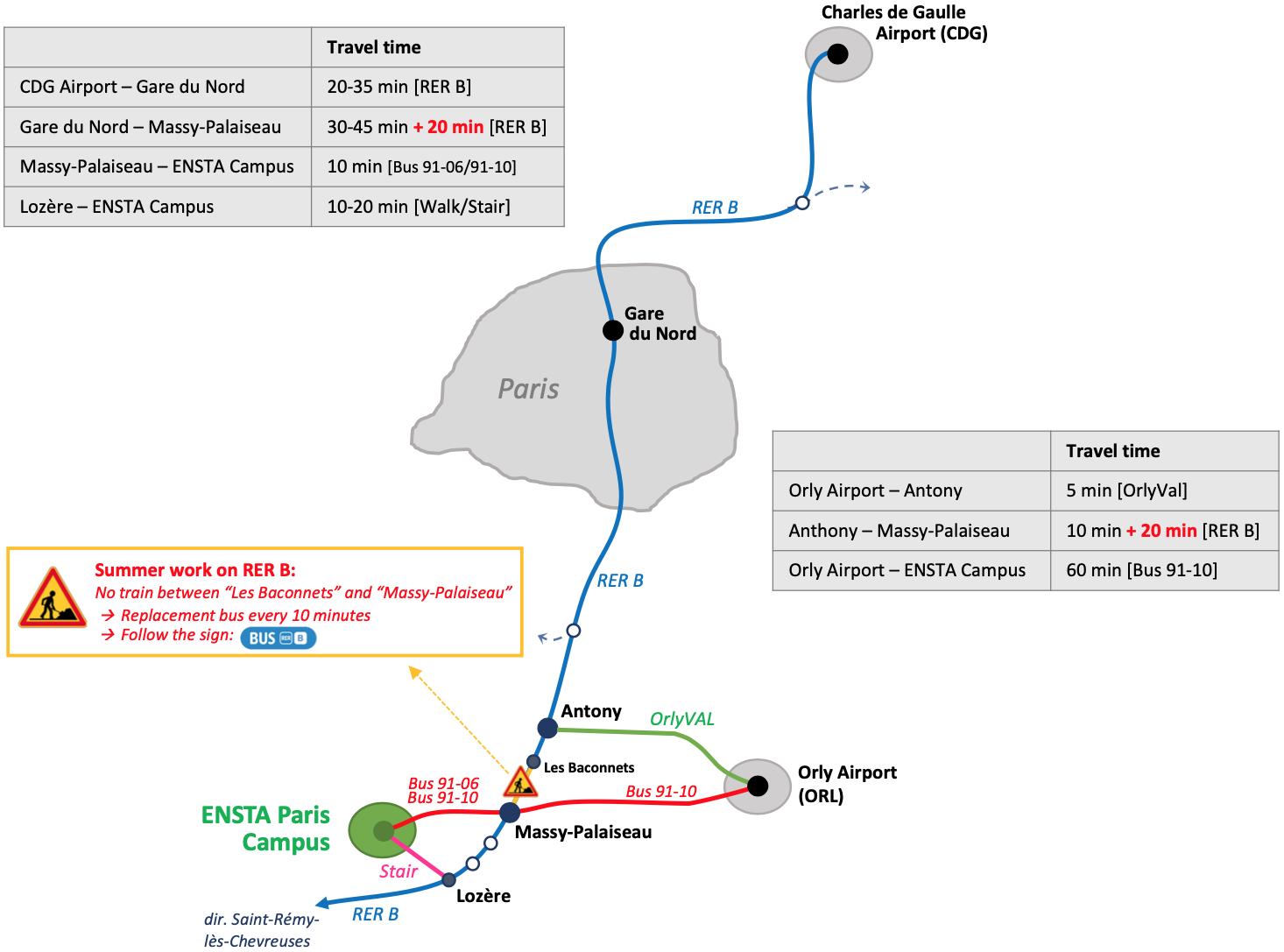 Itinerary from the RER station “Lozère” to ENSTA Paris 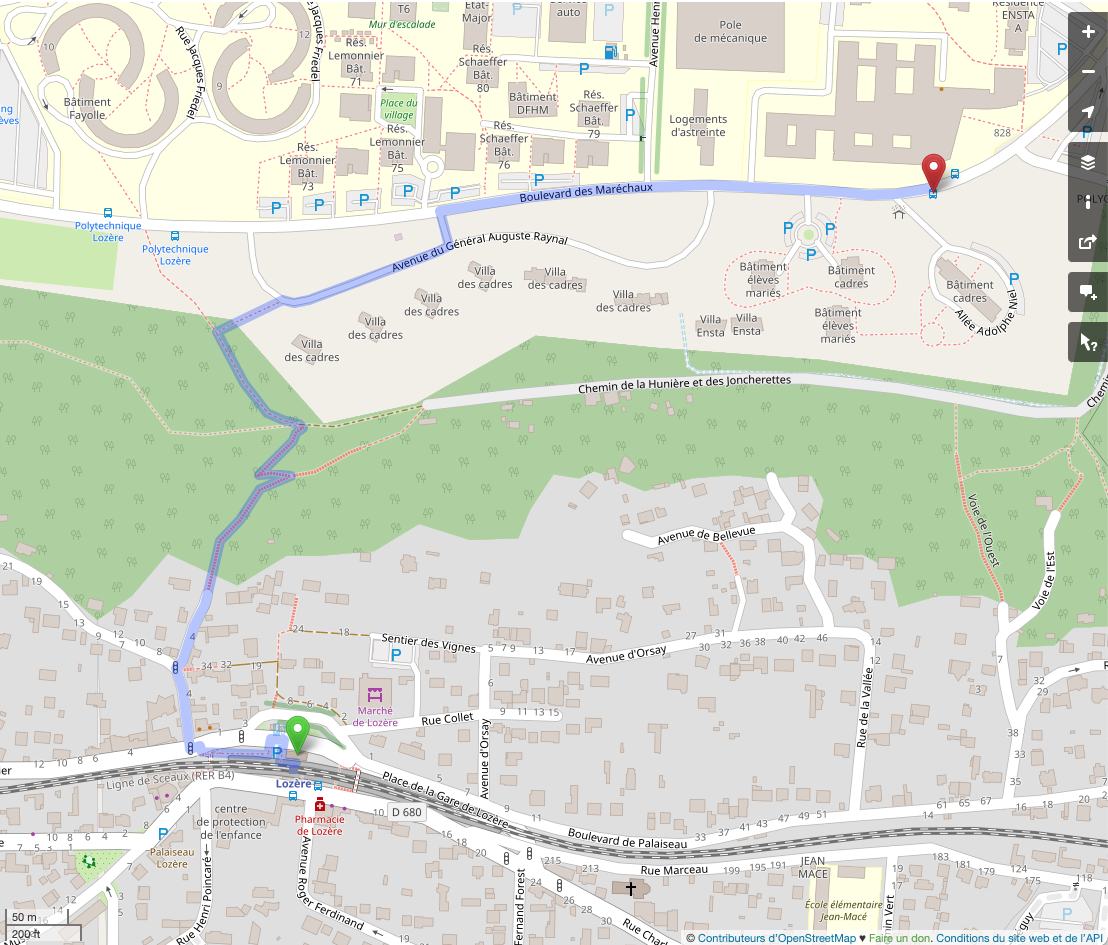